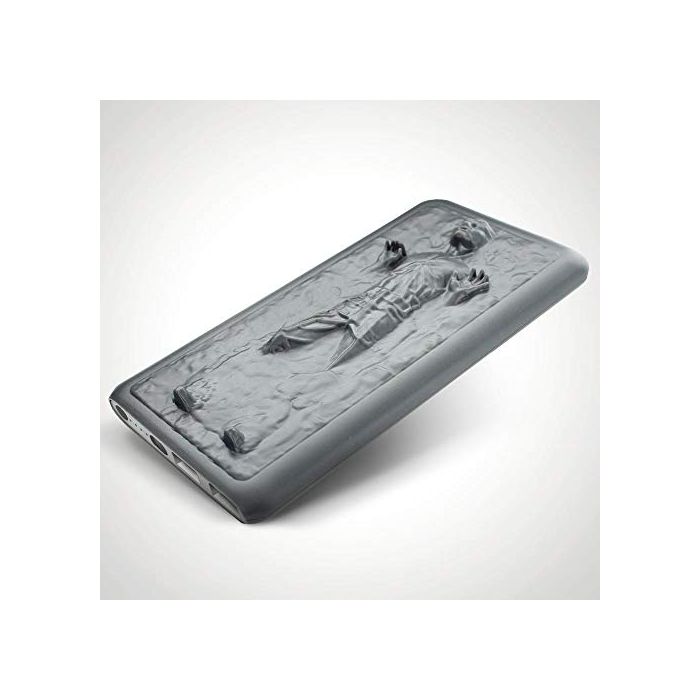 Suspending one of the rebel heroes in carbonite... that's a real show of power. And, if you want to carry that power in your pocket, you need this Han Solo 4000mAh power bank! Bearing a striking resemblance to the coolest block of carbonite to come out of Cloud City, this power bank is smaller than an Ewok's pillow yet more powerful than a fully operational space station. It features the super-cool Han Solo, poking out of the carbonite block and reaching for the sky like he's being held up at blaster-point. This Star Wars power bank holds a massive 4000mAh of power, which is basically the power of the dark side of the Force, if you had to put a number on it. That's enough to power the Death Star's planet pulverising weapon... or charge a smartphone up to 1.5 times! And, like the twin suns of Tattooine, it has twin USB ports for dual charging.