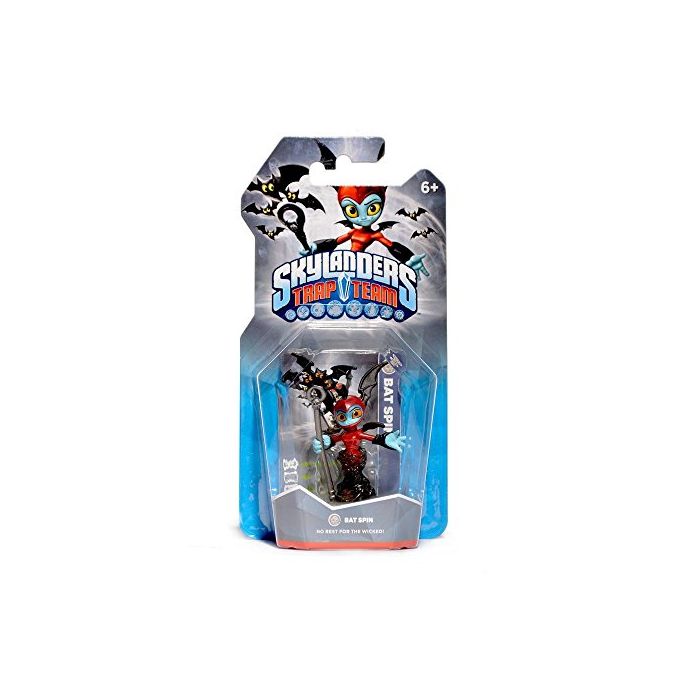 Skylander Trap TeamFigures work on all platforms. 3DS, Wii, PC, PS3 & XBOX 360Please note: This Skylanders Trap Team character requires the Traptanium Portal (included in the Trap Team Starter Pack) to be used in-gameIncludes:Thousands of years ago, the Giants fought epic battles in Skylands but were banished to Earth. With a new threat looming, it's time to bring them back to join forces with the Skylanders to defeat Kaos once again. Only you can put them on the Portal of Power to unleash their strength in the ultimate battle to save Skylands.Bat Spin hailed from the underworld, where as a child she was separated from her people. After spending months searching for them, she eventually was welcomed by a colony of magical bats who raised her as one of their own. After many peaceful years living with the bats, the colony was invaded by an army of undead trolls, who were set on stealing their magic to build an ultimate sonar weapon. Bat Spin quickly took action and used powerful abilities that she had learned growing up with the bats and essentially becoming one of them. She heroically defeated the trolls and saved the colony. This caught the attention of Master Eon, who saw at once she would make a worthy Skylander!