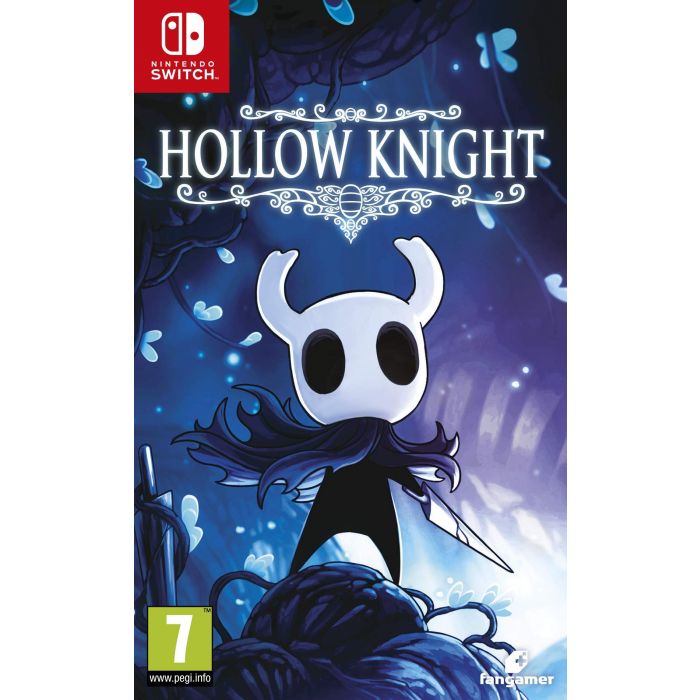 The world of Hollow Knight is brought to life in vivid, moody detail, its caverns alive with bizarre and terrifying creatures, each animated by hand in a traditional 2D style.

Every new area you’ll discover is beautifully unique and strange, teeming with new creatures and characters to discover. The world of Hollow Knight is one worth exploring just to take in the sights and discover new wonders hidden off the beaten path.

The physical edition of Hollow Knight includes all DLCs/expansions to the original game included in the disc/cartridge.

Includes two new optional boss encounters, two new songs in the soundtrack, a new fast-travel system, and a new Stag Station to discover. The content can be accessed at any point in the game