Menu
Account
Settings
Currency
GBP - British Pound
Trustpilot
COVID-19 Update - Orders are currently being shipped on time but please be aware local issues could cause some delay to deliveries. Your item will be delivered as soon as possible. 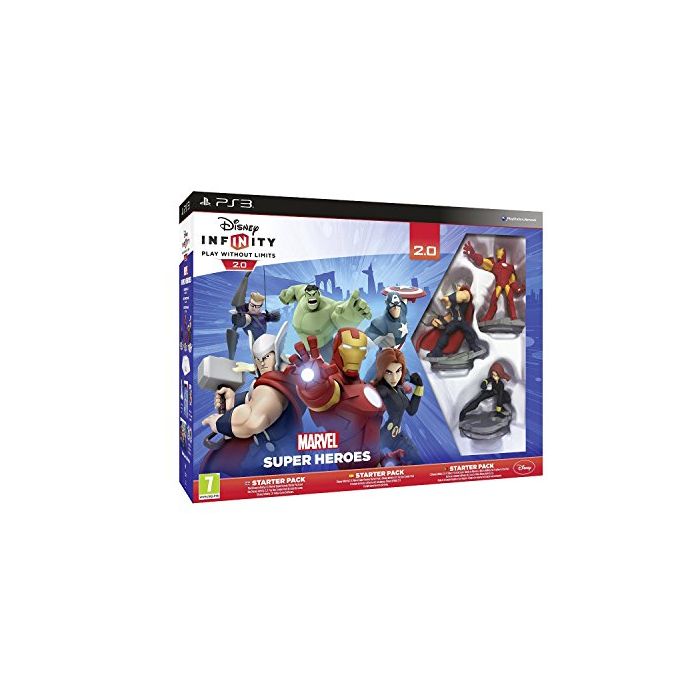 In Disney Infinity: Marvel Super Heroes, players will use real-world interactive Marvel figures to activate original storylines (Play Sets) in the virtual game worlds of some of Marvel’s most popular franchises, including The Avengers. In the Play Sets – penned by award-winning Marvel comic writer Brian Michael Bendis – players will be able to take on the role of more than 20 Marvel characters including Captain America, Iron Man, Black Widow, Thor, Hulk and Hawkeye to battle enemies, complete challenging missions, solve puzzles and ultimately save the world from destruction.

Featuring an enhanced Toy Box mode, Disney Infinity: Marvel Super Heroes will introduce new structured, franchise-themed adventures that players can customize and play using any in-game character from across the Disney Infinity universe. Fans will also have hundreds of Marvel-themed items, locations, props and characters at their disposal to create their own stories or even re-create their favorite comic book moments.

ENHANCED TOY BOX - An all-new Toy Box mode that makes it easier for players to create and share their one-of-a-kind levels and mini-games with family and friends. Use the new Auto Creator tool to quickly build your worlds faster and easier than ever before.

More Information
Reviews
Write Your Own Review
Questions (0)
Frequently Bought Together
Customers Who Bought This Item Also Bought
The Sims 4 (Xbox One) (New)
£20.48