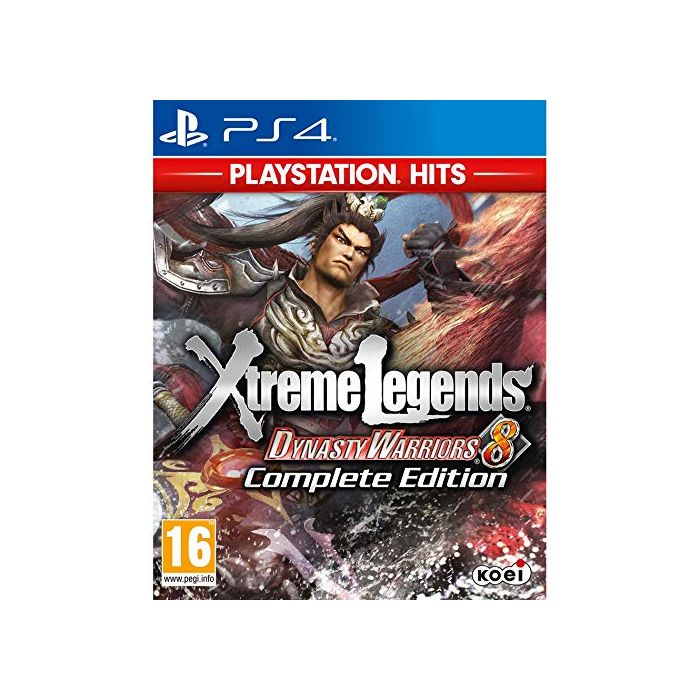 Dynasty Warriors 8 Xtreme Legends Complete Edition PS4 will return you to the kingdoms of Wei, Wu, Shu and Jin. Once again, you'll control the actions of historical military and political figures of the period as they battle for control over the Three Kingdoms of China.

Dynasty Warriors 8 adds even more ways to re-live and re-write history, offering up a number of replay elements including multiple endings and extra game modes with increased interaction between action and game systems.

On top of this, there are new enhancements to Story mode, new scenarios, new and returning characters and more, adding up to the most complete Warriors experience to date, ideally for fans and newcomers alike!

Take to the battlefield with the greatest warriors in history and carve your path to glory!

Will include new episodes that add to the story of the three kingdoms the game revolves around, focusing on the exploits of the mightiest of warriors, Lu Bu. Additionally DW8XL will see the introduction of 5 new characters, giving players the option to choose between 82 warriors in total.Xtreme Legends will also feature multiple hypothetical scenarios that alter the plotlines of various episodes throughout the Romance of the Three Kingdoms story, an expanded Ambition Mode and the popular Challenge Mode. The Free Mode has also been significantly enhanced, featuring among other things, the Xtreme Legends Ultimate difficulty level.