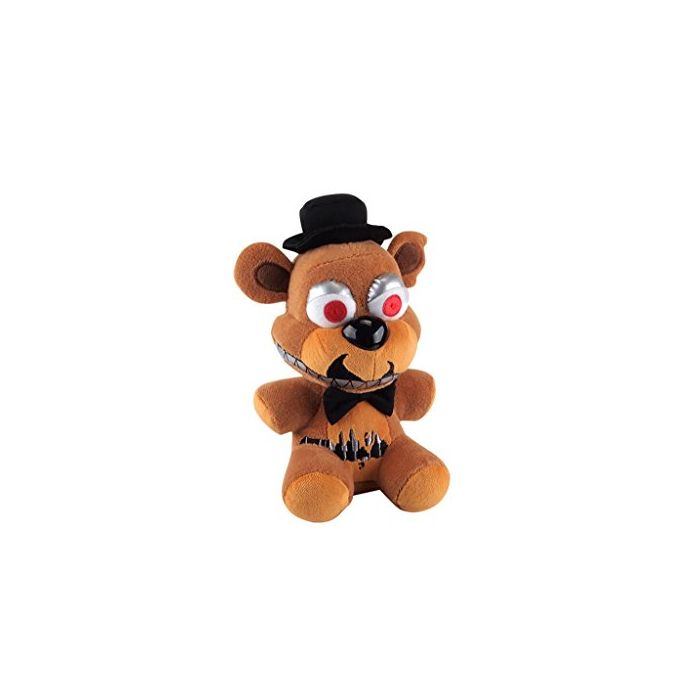 Nightmare Freddy appears in FNAF 4 as one of the seven nightmare animatronics. If the player does not check the bed frequently enough Nightmare Freddy will attack and it will be game over. He is looking a lot more cuddly these days though as a 16" plush.