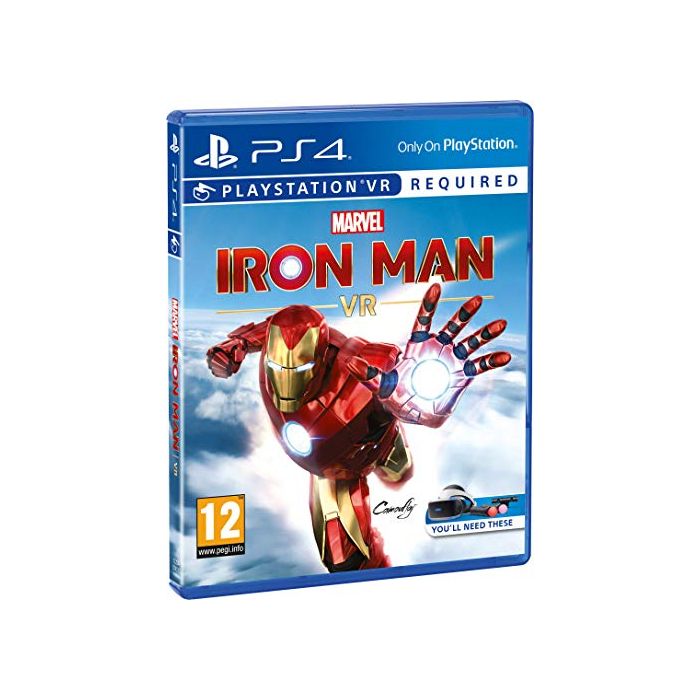 Put on your headset and suit up as the Armored Avenger in Marvel's Iron Man VR for the PS4.

A hacker and anti-corporate activist known as Ghost is attacking Stark Industries corporate locations with the intent to topple Tony Stark's empire. With the help of your allies, come face-to-face with your mysterious antagonist as you jet around the globe to save Stark Industries, as well as the world itself.

By using two Playstation Move motion controllers (sold separately), use Iron Man's Repulsor Jets to blast into the sky. Upgrade your tech in Stark's garage and take your new abilities into battle.